Pigs are emotionally complex animals with feelings, not just a food source

Reading pig body language gives us an insight into their emotional lives, and reveals the depth of their suffering in factory farms

As a trained behaviour and welfare expert with over a decade of experience, I have all too often witnessed upsetting scenes of pig suffering. Sickness, injury and pain are common on factory farms, where pigs are confined to cramped, barren, dark and squalid conditions.

Piglets endure painful mutilations, including having their teeth and tails cut. These unnecessary practices are used to keep pigs in low welfare conditions.

The scale of suffering for pigs is almost incomprehensible. Over 1.4 billion were slaughtered for meat in 2016. This is projected to be over 1.6 billion by 2026, compared with only half a billion 50 years ago. This means as the world’s population has doubled, the appetite for pork has tripled. More than a ‘protein source’

Driven by the need to tackle cruel factory farming, a new scientific field emerged 50 years ago, known as ‘applied ethology’.

Before applied ethology, animal behaviour researchers had not studied the emotional capabilities of animals, such as the ability to feel happiness, joy, sadness and pain. But factory farming led scientists to create new approaches to study the emotional lives of farm animals, to morally challenge the cruel practices they are forced to endure.

The more I learn about pigs, the more frustrated I feel by the lack of progress towards implementing welfare improvements, backed by the science I have contributed to over the last decade.

I was recently shocked to hear pigs being referred to as a ‘protein source’ when they were still living, breathing pigs on a farm. It struck me that this is part of the problem. Pigs should not be thought of as protein-producing biological machines, but as intelligent, social, and gentle creatures with the capacity to feel.

A pioneer of applied ethology, Marion Dawkins, outlined two essential features of understanding welfare; is an animal healthy, and does the animal have what they want?

Dawkins explained that the most important way to answer these questions is by analysing the animal’s behaviour. In the same way that we, as people, find it hard to hide what we are feeling inside, the behaviour of animals expresses what they feel.

Another pioneer, Francoise Wemelsfelder, created a simple approach to assess welfare by reading the body language of animals. Her approach uses the way individual animals behave as an expression of what they are feeling inside. The system scores animals on several expressive or emotive terms like ‘playful’, ‘inquisitive’ or ‘agitated’, and on a scale from not playful at all, to maximum playfulness.

This is a powerful method, as it uses body language to interpret what the animal is feeling, and avoids people projecting their own feelings onto the animals.

As evidence of this, pig farmers, vets and animal activists all were in high agreement when scoring pig body language, showing the accuracy of the scoring system despite different backgrounds, experience and views of pigs. 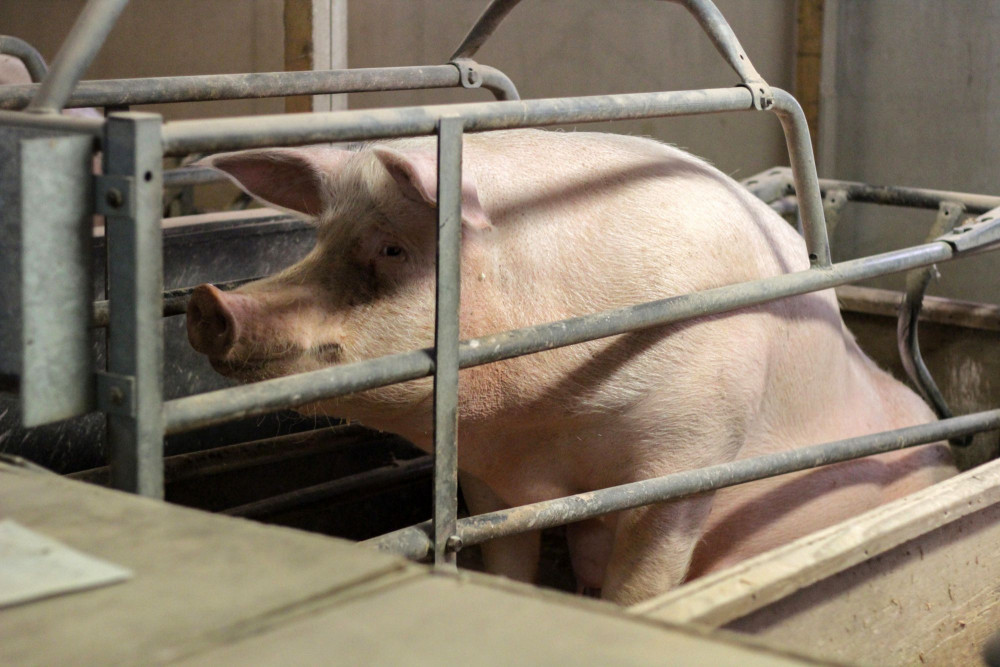 Mother pig in a steel cage

If everyone could observe pigs, like I’ve been able to do, it might change their view of pigs from biological machines to individual characters with the capacity to feel. Maybe they would acknowledge they have feelings, like being ‘playful’, ‘happy’, ‘frustrated’ or ‘bored’.

Sharing this insight could result in pigs having a good life, rather than simply surviving on cruel factory farms.

Together, we can end the needless suffering of factory farmed pigs.

Sign our pledge now and demand supermarkets make a promise to sell pork from pigs that have been raised right. 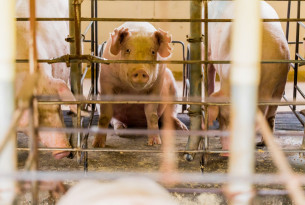