Our statement on the barbaric Yulin dog meat festival

What is Yulin dog meat festival?

The Lychee and Dog Meat Festival is an annual festival held in Yulin, Guangxi, China, during the summer solstice in which festival goers eat dog meat and lychee. The festival began in 2009 and spans about ten days during which thousands of dogs are reportedly consumed.

"Eating dog is an inherently cruel and inhumane practice."

Our Statement on the 2022 Yulin Dog Meat Festival

"Since 2010 thousands of dogs have suffered unimaginable cruelty at the annual Yulin dog meat festival. The cruelty begins the moment dogs are taken off the streets or stolen from homes, crammed into tiny cages without food or water, before being killed in the most inhumane ways.

Eating dog is an inherently cruel practice. It is also totally unnecessary, dog meat is in decline in China, and is eaten infrequently by less than 20% of the population.

Not only is there is no legal system supporting dog farming and trade in China, the Yulin festival also poses a huge threat to public health safety, due to its poor sanitation, lack of quarantine regulations, risk of rabies and other zoonotic diseases. 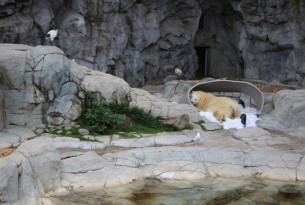