Some factory-farmed mother pigs are proving their high intelligence by breaking out of their cages each night.

This blog is written by Kate Blaszak, global farm advisor

As one of World Animal Protection’s global farm animal advisers, I was recently visiting a new farm, getting to know their systems and meeting the farm workers and animals, when I heard a story that perfectly sums up the intelligence of pigs. It brought a big smile to my face.

Each morning, when the farm staff started work, they would find around 40 of the barn’s 360 mother pigs quietly roaming around the barn together in the morning light.

They’d outsmarted the farm staff and jumped out of their cages some time during the night. These pigs would be returned to their cages every morning, only to embark on another night time adventure at the first opportunity.

Brilliant, I smiled, struggling to contain my joy. These highly intelligent animals knew exactly what they wanted and how to get it! They could smell freedom and a more natural way of life, and weren’t happy to remain confined when they knew there was a better option. 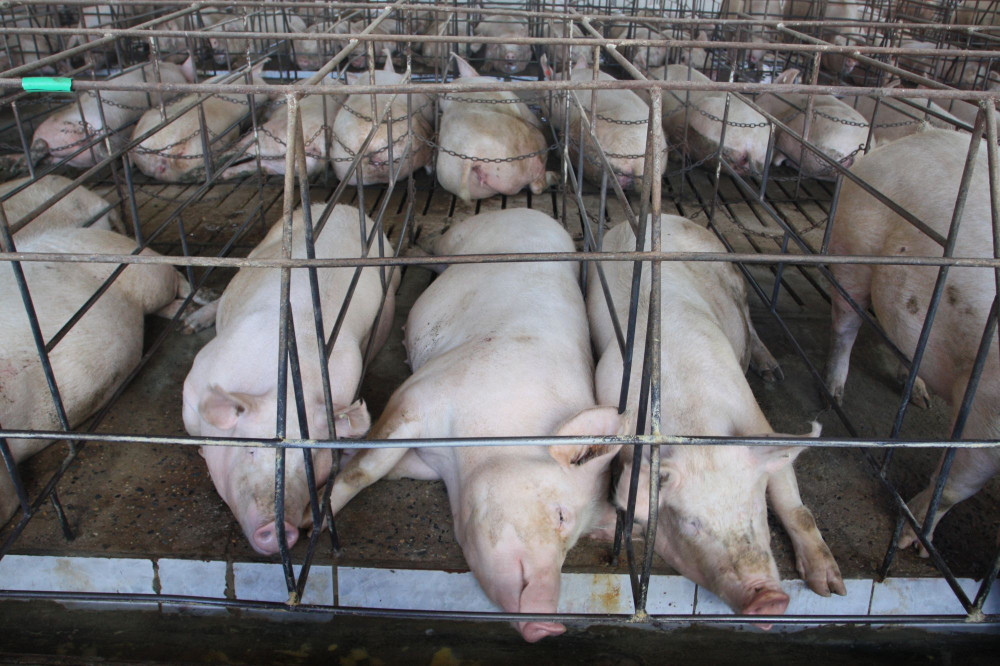 Mother pigs not able to turn around or socialise

These pigs were luckier than most. They had been given a taste of freedom when they were housed in groups during pregnancy, with the ability move, turn around, choose where to lie down, when to eat and which other pigs to socialise with.

However, after giving birth, they had been placed back into individual cages for insemination, crammed into an area no bigger than an average fridge, and unable to turn, move or socialise.

This is what life is like for millions of mother pigs around the world.

Three out of four mother pigs are kept in small, barren cages for their entire adult lives and deprived of their basic needs.

It’s no wonder these pigs become stressed and depressed, biting the bars of their cages and sham chewing (chewing at the air) in frustration.

But these mother pigs were fighting back. They had hope, determination and stronger legs from not being permanently kept in cages, meaning the boldest among them were able to escape each night. These particular pigs were intent on living on the wild side, and they’re not alone.

The ‘Jane Goodalls of pigs’

The majority of our pork comes from factory farms, with most pigs living in conditions as unnatural as we can imagine. That doesn’t mean that pigs have forgotten their natural instincts, though.

In 1989, A. Stolba and D. G. M. Wood-Gush, who could be thought of as the ‘Jane Goodalls of pigs’, published a seminal piece of research.

To understand what domestic pigs would do if returned to their natural, wild environment, they released a small group of pigs into a woodland area. 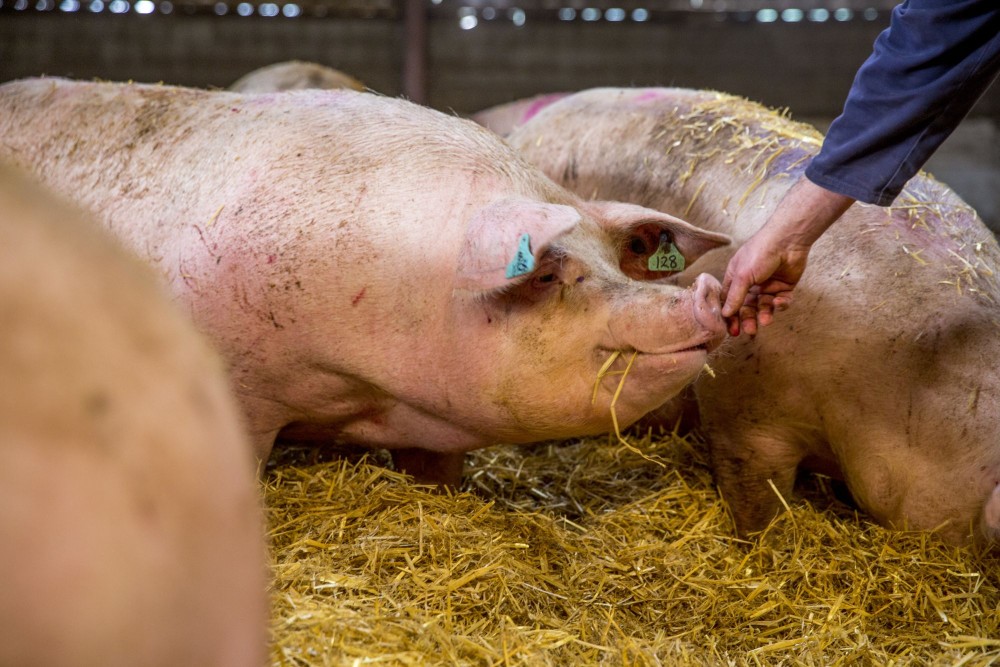 Unsurprisingly, the domestic pigs acted like their wild counterparts. They foraged about in the forest floor, looking for nuts, roots, plants and insects to eat. They turned the soil and explored with their powerful snouts.

The mother pigs stayed together in groups to protect their young, and created comfortable beds, hollowed out and soft, to rest, sleep on and give birth. They sheltered under the trees and wallowed in the mud when it was hot. They laid out in the sun to warm up when it was cold.

These incredibly strong needs cannot be bred out of pigs, even over thousands of years of domestication. Pigs need to perform these natural behaviours to have a good life.

But these basic needs are denied to millions of pigs on factory farms.

So, when those mother pigs jumped out of their cages, they were sending a clear message to the farm workers; they needed to behave naturally and deserved a life worth living. All the staff had to do was listen.

Together, we can end the needless suffering of factory farmed pigs.

Sign our pledge now and demand supermarkets make a promise to sell pork from pigs that have been raised right. 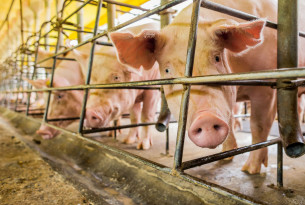