What’s the real cost of your burger?

As all eyes turn to COP26, we consider how to enjoy the world’s favourite dish without harming the planet

The impact of a plant-based burger on the climate and animal welfare is just a fraction of its meaty counterpart.

There’s no doubt that hamburgers are one of the most popular food choices in the world. Whether we’re ordering in, dining out or just drooling over perfectly-filtered pictures of them on Instagram, we can’t seem to get enough of that slab of protein, sandwiched between two buns.

Burgers have come a long way since their humble start around the turn of the last century. And as they’ve grown in popularity, so too has the sheer variety on the menu. Vegetarian and vegan alternatives have experienced a boom in recent years, with the vegan meat substitute market reaching US$1.4 billion in 2020i.

This is great news for those with a hankering for a burger, without a side of grilled planet. The impact of cattle on the environment is well-documented as the number one source of agricultural greenhouse gas emissions globally. Greenhouse gas emissions from beef cattle account for a massive 41% of total global livestock sector emissionsii. And sadly, chicken doesn’t fare much better. The vast volumes of soy and other grains needed to feed the tens of billions of chickens eaten globally each year, means poultry production is not even close to sustainable. In fact, livestock production is thought to account for as much as 18% of global greenhouse gas emissions; higher than the transport sectoriii.

There are other far-reaching impacts of meat production that are impossible to ignore – deforestation to grow feed, pollution from manure, irresponsible antibiotic use, the risks of disease emergence and pandemics. The list goes on. 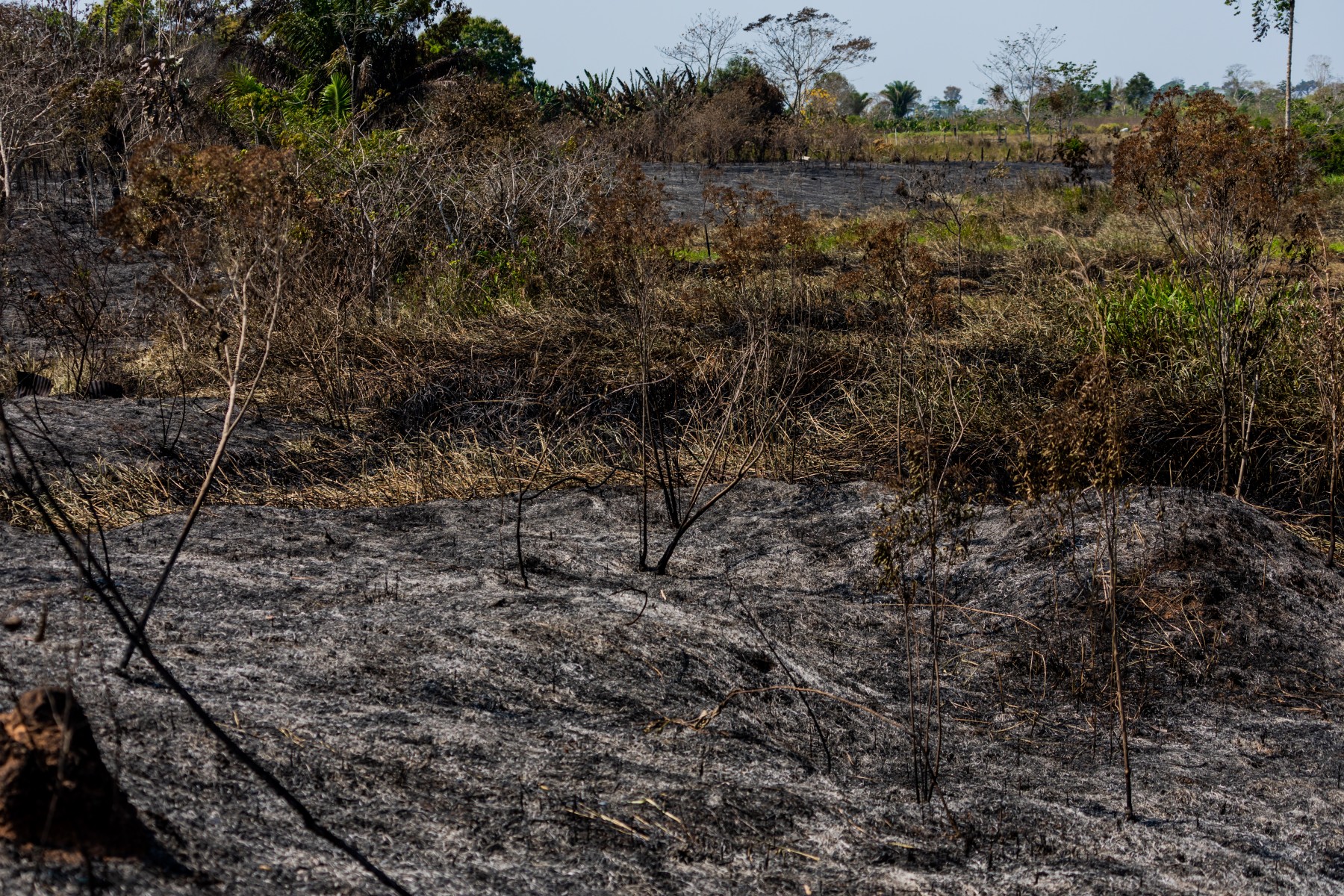 And that’s not even considering animal welfare concerns. Factory farmed animals must endure a life of suffering, crammed into crowded sheds, often with no natural light and bred to produce the biggest volumes in as short a time as possible. It’s enough to leave a bad taste in anyone’s mouth.

How to enjoy a tasty burger sustainably

The impact of a plant-based burger on the climate and animal welfare is just a fraction of its meaty counterpart. This chart from Blonk Consultantsiv, shows the carbon footprints of different burger ingredients. It’s clear that beef, pork and chicken burgers all have a climate impact that’s approximately two to five times higher than plant-based alternatives. 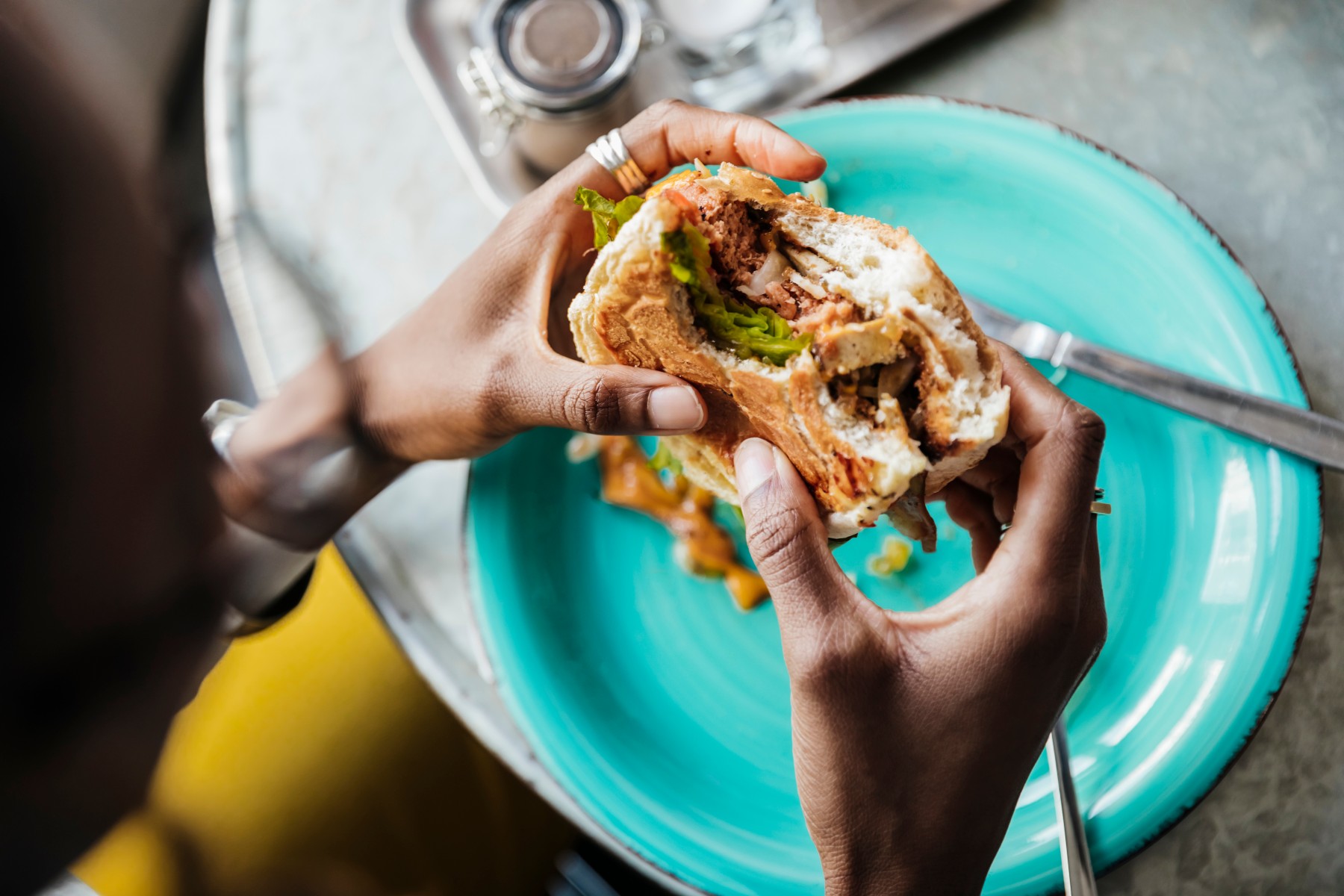 Thankfully, major food producers such as KFC, Burger King and McDonald’s are jumping on the plant-based bandwagon, by offering veggie and vegan burgers in multiple countries. Some major meat producers are even re-branding themselves as ‘protein companies’, adding innovative plant-based options to their product lines.

But this isn’t enough. Any companies selling both animal and plant-based proteins shouldn’t be looking to increase sales in both categories. A humane and sustainable future must involve a massive reduction in the number of farmed animals.

And so, as COP26 rapidly approaches, we urge decision makers at this landmark event to ensure that livestock production is considered. Without this, we simply won’t solve the climate crisis. Policies that build support for the de-intensification of livestock production – across multiple sectors, including the food industry, finance and public procurement – are vital.

But we’re part of the change. So the next time you fancy a burger, check out the plant-based options available. They taste great and help us do our bit for the planet. One mouthful at a time.