At the Our Ocean 2017 conference this week, we’ll raise further awareness around the issue of lost and abandoned fishing gear, which traps, injures and kills hundreds

The actions of humans have resulted in severe consequences for our oceans and marine life. Pollution, overexploitation, coastal degradation and global warming are just some of the issues faced today.

One little-known problem is having a surprisingly major impact on sea life: lost and abandoned fishing gear, also known as 'ghost gear'.

Every year, more than 100,000 whales, dolphins, seals and turtles are caught in a staggering 640,000 tons of lost, abandoned or discarded fishing gear. Entanglement can injure, maim and kill these animals.

Smaller animals, like seal pups, may put their heads through rope or monofilaments (single, continuous strands of synthetic fiber commonly used in fishing gear). These can become firmly fixed around their necks or bodies, slowly cutting into their flesh as the young animals grow.

Many bigger animals become stuck in ghost gear for months or even years, causing immense pain and suffering. Prolonged entanglement can prevent an animal from feeding to the point of starvation.

Animals such as whales towing large amounts of fishing gear become exhausted and may ultimately drown or die of exhaustion. This prolonged suffering can take up to six months.

The impact on trade and people

For every 125 tons of fish caught, about one tonne of ghost gear is left behind in the water. Derelict fishing gear causes large-scale damage to marine ecosystems and compromises yields and income in fisheries. It’s been estimated to have caused a 10 per cent decline in fish stocks globally. US researchers have estimated, that a single ghost net can kill almost USD$20,000 worth of Dungeness crab over a decade.

It’s heartening to know there are people and organisations globally, trying to tackle this issue.

Governments and marine industries spend hundreds of thousands of dollars each year cleaning up and repairing damage caused by ghost gear in their jurisdictions.

This is truly a global problem, and requires global solutions to fix it.

The international community knows a new vision is needed.

A vision for sea change

This vision was embedded in the United Nations’ Sustainable Development Goals – a set of 17 ambitious targets for change.

Sustainable Development Goal 14, ’Life below the Water’, is dedicated to our oceans’ health. It gives all of us, including governments and companies, a mandate and an obligation to turn the tide for our oceans.

The first target under this goal, concentrates on marine pollution and calls for a significant reduction of marine pollution of all kinds, including ghost gear, by 2025. As part of its far-reaching efforts to protect our oceans, the UN held the first-ever Ocean Conference in June in New York (pictured), to turn Goal 14 into tangible, positive actions to drive change for the world’s oceans and marine life.

I was fortunate to be there, and to witness the determination of countries and other organisations to combine our collective knowledge and strength. Everyone was on the same page - action is needed now to protect marine life and that a positive can-do attitude is needed to make this happen. 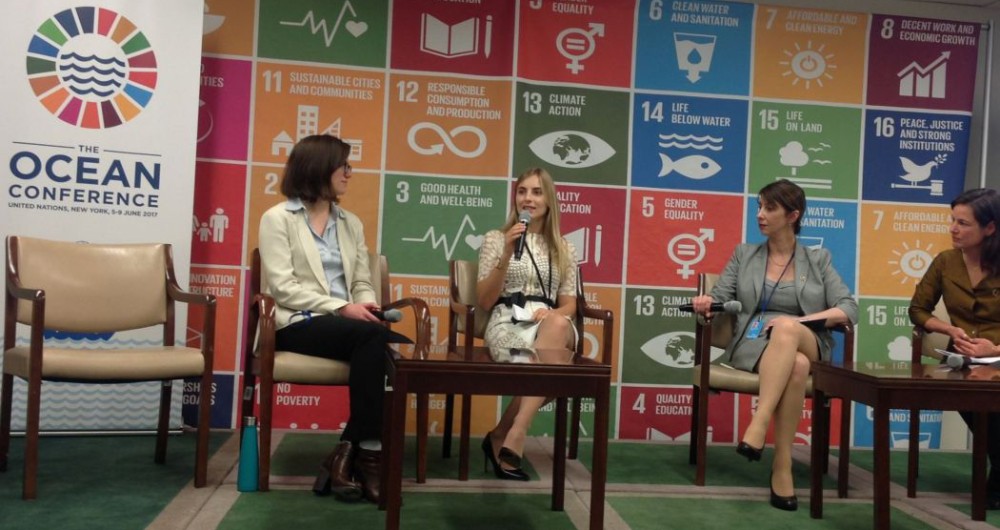 This week’s Our Ocean 2017 Conference in Malta is organised by the European Union. It's seen by many as a follow-up to the UN event in June, The Ocean Conference.

We’re attending to raise awareness and inspire action on the issue of lost and abandoned fishing gear. We will encourage more governments to address the issue of ghost gear by implementing national marine litter plans and joining the Global Ghost Gear Initiative, which we founded in 2015 – the first initiative dedicated to tackling this problem on a global scale.

A call to action for sea life

The time to act for the world’s marine life is now.

Pressure is building for countries to take an active role in reducing marine litter. After all, our planet’s wellbeing – for people and animals alike – depends on healthy oceans, and here lies the United Nations’ responsibility and mandate.

We are hoping that we can build on the momentum of June’s UN Ocean Conference and see commitment translated into immediate and forward-looking action that protects marine animals.

If advocates, governments, and industry come together as committed partners and champions, we believe that we can achieve ghost-gear-free seas. The future of our oceans – and its inhabitants – depends on it.

Our Sea Change campaign works globally to reduce the volume of ghost gear, remove and recycle such gear from the oceans, and rescue entangled animals. Learn more. 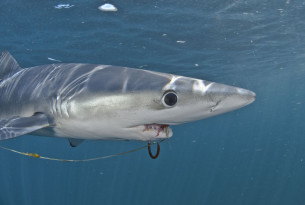