Helping animals and their owners affected by Hurricane Patricia in Mexico

On Saturday we deployed to Mexico to help pet owners, livestock owners and animals get back on their feet after the impact of Hurricane Patricia. But there’s still work to do: our disaster team is out there treating and feeding dogs, horses, cows, chickens and other animals caught in the aftermath.

“Civil Protection is patrolling the streets and removing tree trunks and debris. We have palm trees and billboards all over the ground, house roofs that caved in, damaged roads and crops."

Early this weekend, Hurricane Patricia officially became a tropical storm after reaching the Pacific coast in Mexico, with gust winds of up to 340 km/h. It caused a lot of damage as it entered Mexican soil, but luckily its path followed a less damaging course than expected, hitting less populated areas.

We arrived in Mexico on Saturday 24th October and immediately began to assess the impact of Hurricane Patricia on community and farm animals. We are working in the affected areas of Jalisco and Colima alongside specialist disaster vets, including Mascota City where new floods have been reported today, Tuesday 27th October.

Aristóteles Sandoval, Governor of the state of Jalisco (of the main affected areas), told the University of Guadalajara that gust winds have been an obstacle for search and rescue teams.

“Civil Protection is patrolling the streets and removing tree trunks and debris. We have palm trees and billboards all over the ground, house roofs that caved in, damaged roads and crops,” Sandoval said.

Protecting animals as the disaster hit

This morning, Tuesday 27th October, the Mexican Army reported to us that over 3000 animals were in need of relief in Mascota City due to flooding. There are almost 20 animals per family in this region, including dogs, horses, cows and chickens – we will be in Mascota City by Wednesday 28th October along with our disaster vets and partners from the University of Guadalajara vet school in order to provide medical care and food.

As well as working in the field ourselves in Mascota City, we are supporting local authorities with necessary funds for food and veterinary assistance.

For the first time during a disaster in Mexico, shelters have been accepting pets with their families, protecting them from the dangerous conditions they would otherwise face outside. This is a huge positive for animal welfare in disaster management and was derived from our previous work alongside the Mexican government.

We are also very happy that our preparedness and risk reduction public service annoucements asking the population to keep their pets safe have been used constantly by Mexican government authorities.

Since 1975, our disaster management team has been working in Mexico during hurricanes, droughts, floods and other emergencies. For many years we've worked with local communities on education programmes around risk reduction and how climate change can impact their livelihoods.

In 2011 we began talks with the Mexican government to help them develop risk reduction policies as part of their emergency protocols, in which they would include animals in communities and animals in farming.

Last month we were part of a drill in memory of the 30th anniversary of the 1985 earthquake in Mexico's Federal District. The work we do aims to avoid the tragic impact of natural disasters like this one.

Hurricane Patricia luckily downsized before causing impact as disastrous as previous hurricanes, but we are very pleased that our preparation work minimised impact on animals and their owners.

Events like Hurricane Patricia can strike at any time, especially as many parts of the world are currently experiencing strong effects of El Niño weather patterns.

If you live in a disaster-prone area, learn how you can keep your family and pets safe with our emergency evacuation tips: there is a plan for cats as well as dogs. 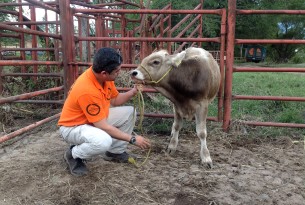 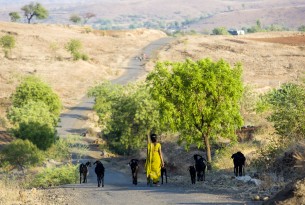 Preparing for El Niño in Kenya 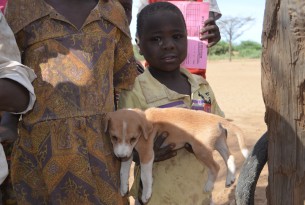 We are working with animal owners in Kenya to prepare for the strongest El Niño weather patterns in over 15 years.

Last week we deployed to Mascota City, Mexico where 3,000 animals were at risk. Here are some updates from the field about the animals we met and treated.