We work to stop bears being cruelly exploited in bear baiting – an inhumane bloodsport where bears, unable to defend themselves, battle against trained dogs for entertainment

In rural Pakistan, large crowds gather to watch bears battle groups of trained dogs. The bears are captured and forced to endure immense pain even before they fight, with their canine teeth broken, muzzles painfully pierced with nose rings and claws often removed. The bears suffer terrible injuries, rarely living past the age of eight. When one bear dies, the cycle starts again, with more young wild bears forced into captivity and torment.

Bear baiting with dogs is illegal and causes intense, unjustified suffering – and you can help us put a stop to it

Since 1997, we’ve been working with the Pakistan Bioresource Research Centre (BRC) to end bear baiting. As a result, together we've decreased the number of bear baiting events dramatically. Bears are now able to live better lives, and so are their owners. Our work includes:

With your support, we can stop bears being subjected to a lifetime of pain and distress in Pakistan Find out about our work to end the cruel bear bile industry. 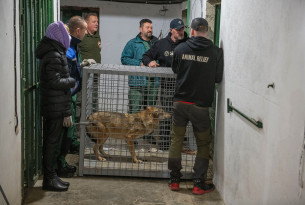 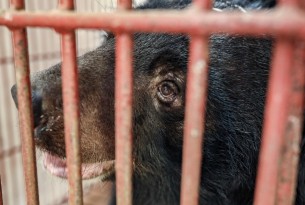 In the largest bear rescue World Animal Protection has ever supported, nine bears have finally been rescued from three farms in south Vietnam last week.