At a stakeholder’s feedback meeting in Pretoria, Minister Creecy of the Department of Forestry, Fisheries and the Environment (DFFE) took crucial and long-awaited steps towards changing the status quo of the commercial captive lion breeding industry in South Africa.

Edith Kabesiime, Wildlife Campaign Manager (Africa), World Animal Protection said: “Thousands of farmed lions are born into a life of misery in South Africa every year in cruel commercial breeding facilities. This latest move by the government of South Africa is courageous - taking the first steps in a commitment to long-lasting and meaningful change. This is a win for wildlife.

Minister Barbara Creecy announced that South Africa will no longer breed captive lions, keep lions in captivity, or use captive lions or their derivatives commercially. She has instructed her Department to put processes in place to halt the sale of captive lion derivatives (including the appropriate disposal of existing lion bone stockpiles and lion bone from euthanised lions); the hunting of captive bred lions; tourist interactions with captive lions (including, so-called voluntourism, cub petting, etc). (p. 329 HLP report).

“The [High-Level] Panel identified that the captive lion breeding industry poses risks to the sustainability of wild lion conservation resulting from the negative impact on ecotourism, which funds lion conservation and conservation more broadly, the negative impact on the authentic wild hunting industry, and the risk that trade in lion parts poses to stimulating poaching and illegal trade”, said Minister Creecy in her announcement today.

The Department will be initiating processes to implement these majority recommendations by the High-Level Panel (HLP), established by the Minister in October 2019, in order to mitigate these risks and shift away from this abhorrent industry.

“Blood Lions has campaigned against this cruel and unethical industry and its spin-off activities for many years, and we are extremely happy by the Minister’s decision to bring an end to the commercial captive lion breeding industry”, says Dr Louise de Waal (Director and Campaign Manager of Blood Lions). “We commend the Minister in her decisive leadership, and we would welcome the chance to play a role in assisting her, the various Departments and entities in the phasing out process to come.”

Currently, 8,000-12,000 lions and thousands of other big cats, including tigers and cheetahs, are bred and kept in captivity in more than 350 facilities in mostly the Free State, North West, Limpopo and Eastern Cape provinces. These predators are bred for commercial purposes, including interactive tourism, “canned” hunting, lion bone trade and live exports.

Blood Lions and the World Animal Protection together with many other stakeholders in the animal welfare and conservation sectors made a wealth of compelling science-based evidence available to the HLP in written and oral submissions in 2020. Reasons provided to phase out the commercial captive lion breeding industry in South Africa included among others the risk of zoonosis, animal welfare concerns, the unregulated nature of the industry, the fragmented policies pertaining this sector, as well as damage to South Africa’s tourism and conservation reputation and threats to the wild lion population from poaching.

“By working together, we can ensure that lions remain where they belong – in the wild. We stand ready to offer our expertise, working collaboratively with governments, NGOs and the tourism industry to find practical solutions”, says Edith Kabesiime (Wildlife Campaign Manager (Africa) for World Animal Protection)

By implementing a ban on the use of captive lions and their derivatives, in conjunction with a breeding ban and an immediate end to all activities involving captive bred lions, DFFE will effectively take the lead towards a greener and more responsible South Africa. These are the first steps in shifting away from commodifying our wildlife, while moving towards a true “ecologically sustainable…use of natural resources”, as described in Section 24 in the Bill of Rights of our Constitution.

“Opposing this brutal industry has been a long journey. Our ultimate objective has always been to end the captive lion breeding industry, and after so many setbacks, we sense an important change in attitude. We applaud the Minister, her department and the HLP. Going forward, we hope to be of assistance to them in closing down the industry", say Ian Michler and Pippa Hankinson (Directors of Blood Lions).

Given the considerable scale of farming and trade of captive lions in our country, the recommendations that came out of the HLP consultations concur with the views held amongst the global conservation community, welfare organisations, and the general public, who all condemn the industry.

“The only effective way to safeguard both people and animals throughout this industry is to conduct a phased shift away from commercial captive predator breeding operations”, de Waal states. “These steps will not only ensure improved welfare conditions for captive lions and other big cats, health and safety of the public at large, but also the protection of wild lions and the safeguarding of Brand South Africa from reputational damage, as the Minister acknowledged in her statement this morning.”

“Thousands of farmed lions are born into a life of misery in South Africa every year in cruel commercial breeding facilities. This latest move by the Government of South Africa is courageous – taking the first steps in a commitment to long-lasting and meaningful change. This is a win for wildlife”, adds Kabesiime.

Blood Lions and World Animal Protection congratulate the Minister on these bold steps and offer their full support in developing and implementing a responsible phase-out plan in order to ensure that the commercial predator breeding industry is successfully closed down in South Africa, once and for all. 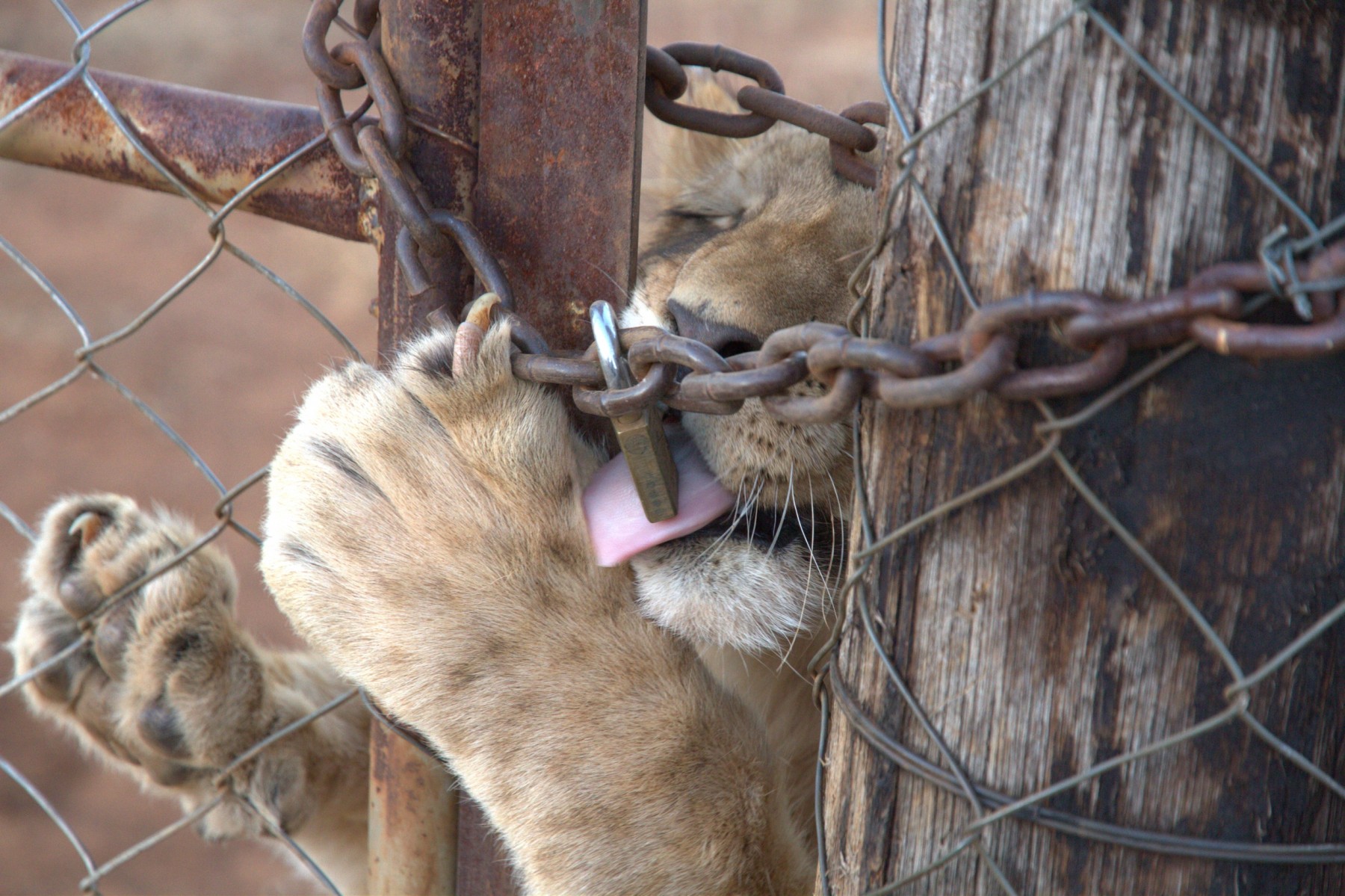