When not done properly, taking selfies with wild animals can be cruel. Many people aren’t aware of the suffering their selfies can cause, so we’re supporting the Costa Rica government’s campaign to encourage responsible tourism

"We congratulate the government of Costa Rica for implementing this ambitious initiative and leading responsible tourism in the region, and in the world."

Costa Rica is home to more than 5% of the known biodiversity in the world. Every year, millions of tourists from all over the world visit Costa Rica to admire the impressive wildlife – such as sloths, macaws, monkeys and much more – that this small country is home to.

In 2017 we published a report, A close up on cruelty, which ranked Costa Rica as the seventh worst country for selfies with wild animals, meaning a lot of people are taking wildlife selfies there.

Our report also found that there’s been a 292% increase in the number of wildlife selfies uploaded to Instagram between 2014 and 2017.

More than 40% of these are ‘bad selfies’ which picture someone hugging, holding or inappropriately interacting with a wild animal.

Cruel wildlife selfies have risen in popularity on social media

In Costa Rica, keeping a wild animal in captivity is punishable by law. However, many tourist venues still allow visitors to hold or have direct contact with wild animals for selfies.

It is still common to see wild animals cruelly captured and manipulated for a selfie, or placed in so-called ‘sanctuaries’ only to be used as photo props.

This happens despite the fact that Costa Rican regulations on wildlife and animal welfare prohibit the pursuit or capture of wild animals, direct contact with animals, and public access to rescue centres.

The Costa Rica government wants to protect wild animals and improve its wildlife selfie ranking by implementing new laws. It has also launched a campaign, Stop Animal Selfies, to raise awareness among tourists about the cruelty involved in taking selfies with a wild animal.

These measures will also protect tourists from the possible risks associated with direct contact with wildlife.

The Stop Animal Selfies campaign is being promoted by the Costa Rica government, us and travel companies.

Information is being shared at Costa Rica’s international airport, where tourists are invited to take pictures with the only animals that love selfies: stuffed toy sloths, toucans and stuffed macaws.

Tourists are posting their stuffed toy photos on social media to inform others about the hidden cruelty behind wildlife selfies.

Roberto Vieto, our wildlife manager, says: “World Animal Protection is dedicated to moving the tourism industry away from cruel forms of entertainment. We congratulate the Costa Rica government for leading this ambitious initiative and pioneering responsible tourism in the region and around the world.”

Keep cruelty out of the picture

Don’t be part of this ugly picture: make sure your wildlife selfies are cruelty-free.

Remember: if you can hug, hold or take a photo with a wild animal, it’s cruel. 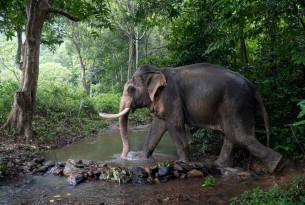 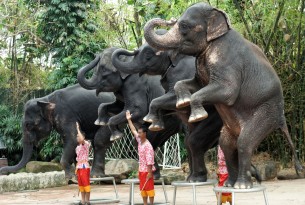 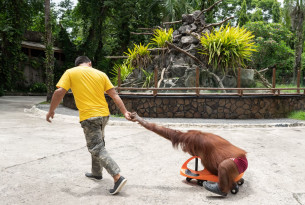 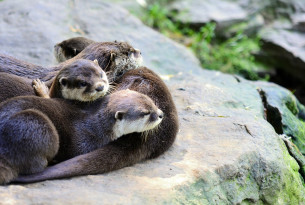