An award to honour oceans advocate Joanna Toole, whose life was tragically taken in the Ethiopian airlines crash in March 2019, today announces its winners

Learn more about the GGGI here.

The Joanna Toole Annual Ghost Gear Solutions Award is a first-time award given to the most deserving projects aiming to tackle abandoned, lost and discarded fishing gear, also known as ghost gear. The combined value of the prize is over USD $65,000 which will be shared between the winners.

Ghost gear is the most harmful form of marine debris and one of the biggest threats to marine life in our ocean. A staggering 640,000 tons of ghost gear is left in our oceans each year – more than one tonne every minute.

The first winner is the UK charity the International Pole and Line Foundation (IPNLF). IPNLF will be working with the Olive Ridley Project on a pilot project in the Maldives, aiming to incentivise the removal of all ghost fishing gear by small-scale tuna fishers.

The second winner is the Stand Out For Environment Restoration (SOFER) Initiative. Based in Nigeria, SOFER raises environmental awareness by working with young people and providing practical ways to change behaviours for the better. SOFER will receive a grant to contribute to their ‘Fishing Net Gains Nigeria’ Project, engaging local fishing communities on reducing ghost gear

Entries for the awards were reviewed by ghost gear experts from our organisation and GGGI.

Adrian Toole, Joanna’s father, judge and trustee of the Joanna Toole Foundation said: “For Joanna, her work was not just a nine-to-five activity – she was a devoted animal lover, who dedicated her professional life to this work. Her complete dedication to animal welfare has been an inspiration to many and the Joanna Toole Annual Ghost Gear Solutions Award is a means of awarding initiatives that will rid the oceans of this menace to wildlife. I am honoured to have been involved in this project with the intention of carrying forward her mission.”

Ingrid Giskes, Director, Global Ghost Gear Initiative said: “This award is very close to our hearts and we hope that it will become a permanent feature of the drive to rid the ocean of ghost gear once and for all. Joanna was an inspiration, her collective effort to secure ocean health and animal welfare is admirable. We are proud to continue her legacy at the GGGI and we urge others to continue to support this work.” 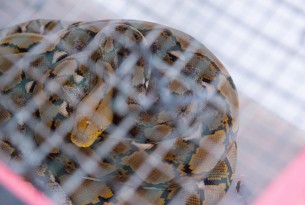 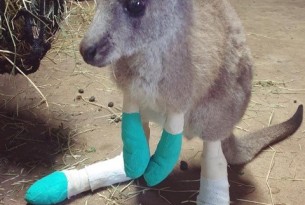